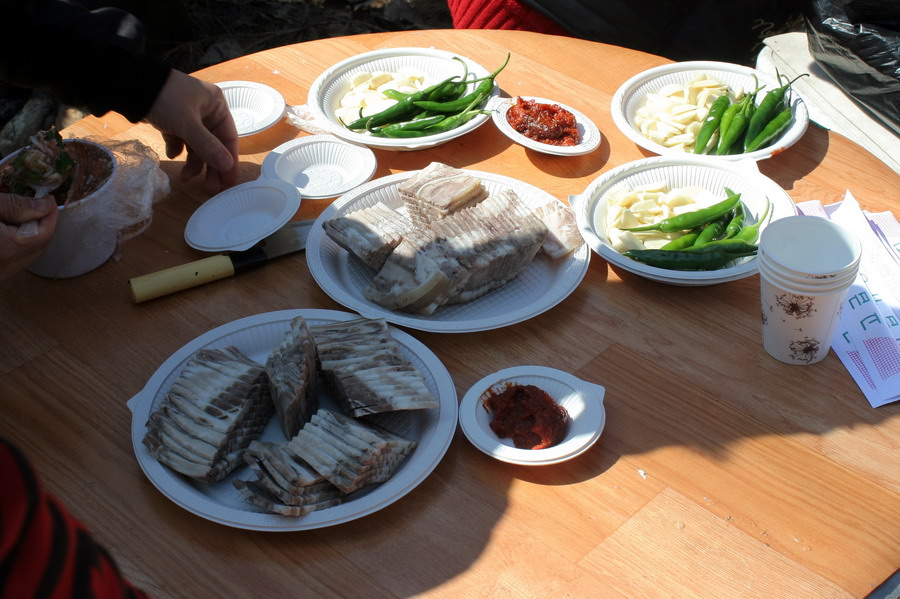 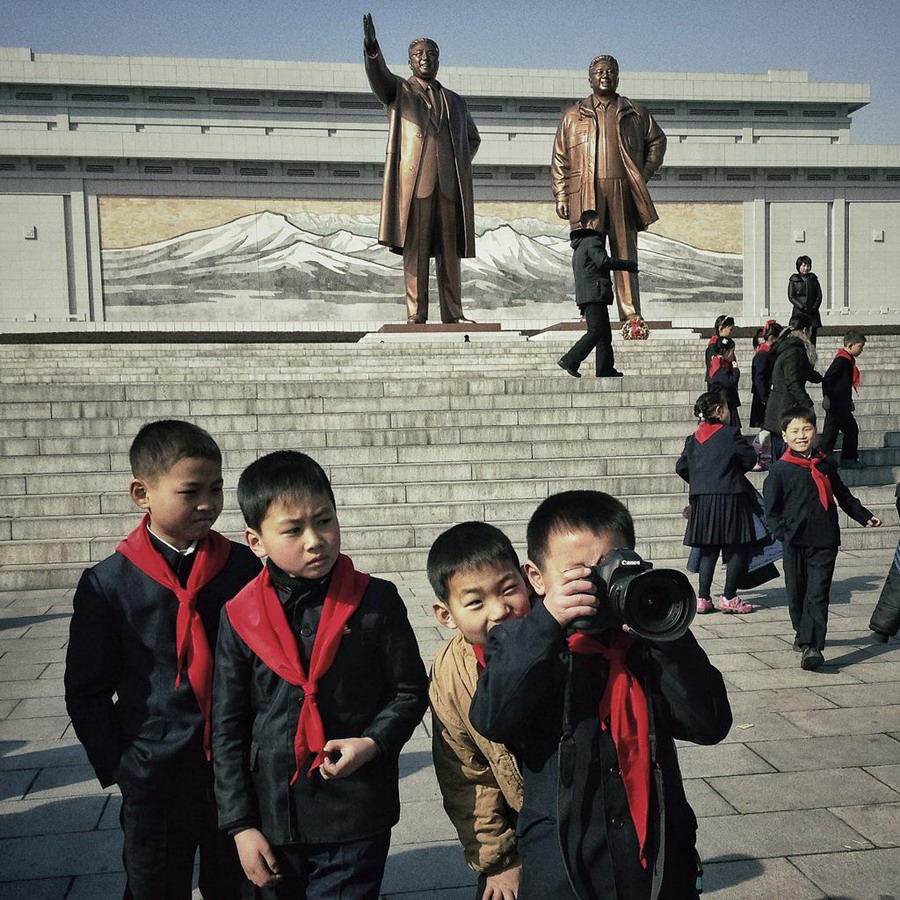 Associated Press/David Guttenfelder - In this Feb. 16, 2013 photo taken with an iPhone and posted to Instagram on Feb. 16 , 2013, North Korean school boys play with an Associated Press photographer's professional camera in front of statues of the late leaders Kim Il Sung and Kim Jong Il, on Mansu Hill in Pyongyang, North Korea. On Jan. 18, 2013, foreigners were allowed for the first time to bring mobile phones into North Korea. And this week the local service provider, Koryolink, is allowing foreigners to access the Internet on a data capable 3G connection on mobile phones.(AP Photo/David Guttenfelder)

That Twitter missive, sent Monday from Koryolink's main service center in downtown Pyongyang using my iPhone, marked a milestone for North Korea: It was believed to be the first tweet sent from a cellphone using the country's new 3G mobile data service.

Later, as we were driving through Pyongyang, I used my iPhone to snap a photo of a new roadside banner referring to North Korea's controversial Feb. 12 nuclear test while AP's Chief Asia Photographer David Guttenfelder uploaded an image to Instagram of a tour guide at a mountain temple, geotagged to Pyongyang.

Pretty ordinary stuff in the world of social media, but revolutionary for North Korea, a country with intricate rules to stage manage the flow of images and information both inside and beyond its borders.

In the past, rules were strict for tourists visiting North Korea. On a bus journey across the Demilitarized Zone into the border city of Kaesong in 2008, we were told: No cellphones, no long camera lenses, no shooting photos without permission. The curtains were drawn to prevent us from looking outside as we drove through the countryside, and through the cracks we could see soldiers stationed along the road with red flags. We were warned they'd raise those flags and stop the bus for inspection if they spotted a camera pointed out the window. As we left North Korea, immigration officials went through our cameras, clicking through the photos to make sure we weren't taking home any images that were objectionable. <...>

On Monday evening, while discussing how to cover the arrival of ex-NBA star Dennis Rodman and describing his array of tattoos and nose rings, we did what wasn't possible in the past: We Googled him from a local restaurant.

Twenty-four hours later, Rodman himself appeared to be online and tweeting from North Korea. "I come in peace. I love the people of North Korea!" he wrote. 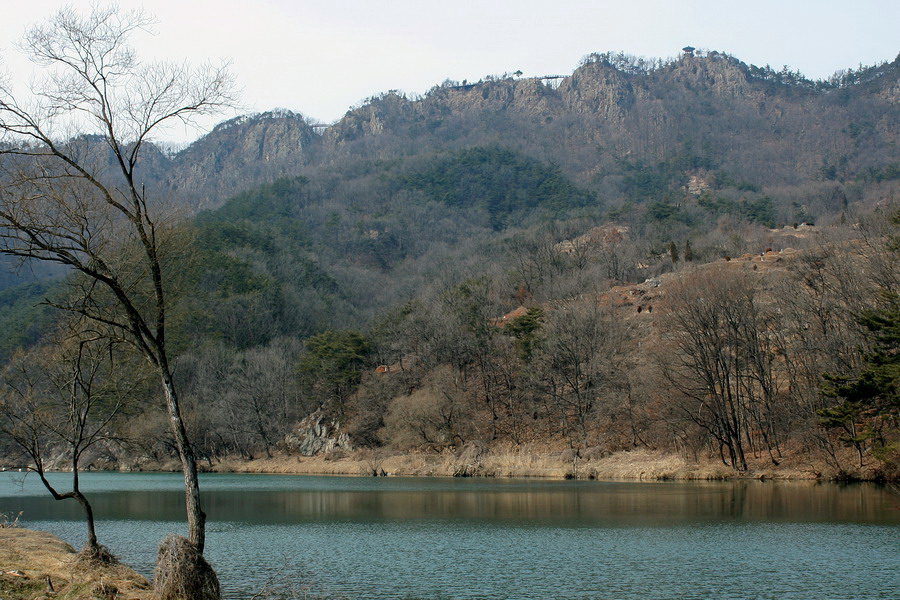